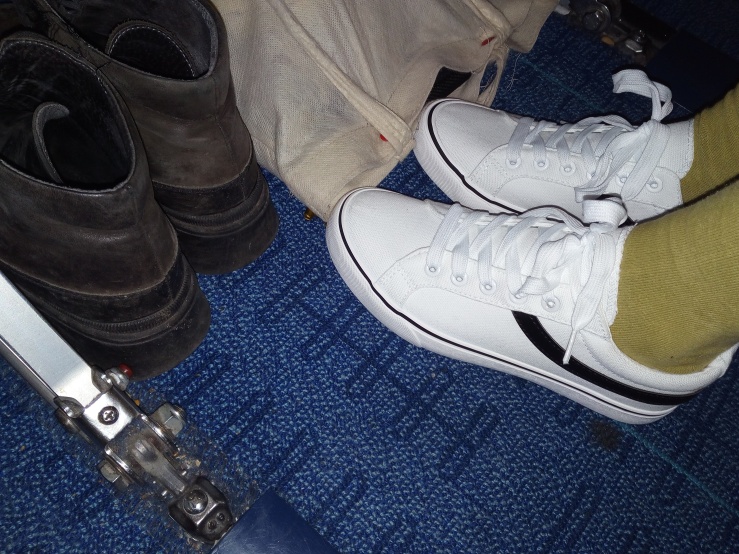 0 steps – 2995km
performance, 2017
This pair of shoes had been worn during my flight from Amsterdam to Larnaca. The shoes covered the distance of 2995km by making 0 steps.

110g
performance-photos, 2017
94 days = 110g
From the 30th of March the notebook was being used for collecting thoughts, notes, ideas, small papers and objects found on the streets or given by people. On the 1st of July the notebook was stopped being used as it became “full”.